Ahkevan legend has it that long ago, there were two planes at war, the Plane of Light and the Plane of Darkness. The Plane of Light was filled with verdant valleys, rolling fields, pristine palaces, and radiant, angelic beings. The Plane of Darkness was filled with dark pools of decay, desolate expanses of cracked ground, crumbling fortresses, and demonic, bestial beings. The planes generated countless warriors of fearsome strength, each wielding light or dark magic, and these warriors fought each other for countless years, dying and rising again through the powers of their planes.

The forces of Light could not overcome Darkness, nor could Darkness defeat Light. The only reward for both sides was the constant sting of death and resurrection, and the pain of watching comrades suffer under the spells and swords of enemies. After the fiercest battle in the history of the two planes, three quarters of the inhabitants of Light and Darkness had been slain. The leaders of both sides looked over the bodies of the fallen in sadness.

But through grief came wisdom. The leaders recognized no plane would ever win the eternal battle. Until the two sides could be reconciled, there would be only suffering. The greatest spell casters from Light and Darkness met in concert and began the incantations that would alter their planes forever.

When the final words of the ceremony were spoken, a sound as of thunder rolled throughout Light and Darkness. The sky darkened in the Plane of Light, and the low clouds grew brighter in the Plane of Darkness. The trees in Light began to wither; tufts of grass began to sprout in the arid cracks of Darkness. Light's palaces began to crumble; Darkness's sagging fortresses and towers lifted their broken heads. The ground in both planes shook violently, and all sound fled from the air.

In a moment it was over. The warriors of Light and Darkness, the spell casters, the leaders: every being disappeared. The pain of thousands of years vanished in an instant. A dark orb lit only by a faint corona hung in the sky. Dim flames, both light and dark, floated between intertwined trees, ruins, and fabrics. Wherever the light fires touched, stones and roots and veils remained pristine; as the light faded to darkness and gave way to the dark fires, objects decayed and wore a tarnished sheen. The planes of Light and Darkness had become one: the Plane of Shadow.

In the new plane's heart, a chrysalis hung, a black cocoon embroidered with light. As it opened, Luclin was born into the world of shadow, alone except for the light and dark fires that still burned, remainders of the beings who once walked the planes of Light and Darkness. The child of angels and demons wandered the infant plane, reading the runes left scrawled on the remaining palaces and fortifications. She learned of the ancient war and peace accord that birthed her. She learned that without shadow, light and dark will be forever at war, the sides surging back and forth across the face of time, like phases of the moon.

Luclin matured in understanding and nurtured the Plane of Shadow. Servants were born to her. In the absence of light, they wore the faces of their ancestors of Darkness; when illuminated, their visages became angelic. They tended the light and dark fires, and arranged the face of the plane such that shadows cast by the lights and objects would be pleasing to Luclin.

Soon, though, Luclin grew curious about what lay beyond her plane. Discovering the portal at the edge of her domain, she emerged onto a Norrath that was being divided by other gods. She spoke with these gods, attempting to befriend them, but they thought her strange and unbecoming, with her dark complexion and silver eyes. They did not trust a creature filled equally with light and darkness.

Luclin did not trust the other gods. Spurned by them, and wary of their words and intentions, she claimed the moon of Norrath, and made it the seat of her plane. From this vantage, she would remain aloof from the rest of the gods, and peer down upon them if she so desired. She would create a land of her own, one where the light and darkness could coexist. The moon of Luclin would be the home of shadows.

When Cazic's essence was dispersed from the Sepulcher of Order, a large shard sailed to the moon of Luclin, smashed through the halls of Vex Thal, and ruptured the portal to the Plane of Shadow. Half of the ruined temple and altar ended up inside the Plane of Shadow, along with the massive Fear Shard. In the impact, hundreds of pieces of the shard were shorn off and scattered throughout the Plane. Luclin's fears began to become reality: Bright light began to pour into the Plane through the ruptured portal, and the shards of fear began to emanate a bright glow that was slowly intensifying, illuminating the structures of Luclin's realm. Ahkevans rushed in through the portal and attempted to help their goddess eliminate the threat, but terror of both light and dark began to fill the minds of any that got near the shards.

Some Ahkevans will help players, while others will attempt to claim the shards for themselves. Aten Ha'Ra and her Liako warriors, accompanied by the Torgorath and Senshali, entered the portal with the intent to assess the damage and remove any of the shards that are threatening their goddess's realm. The Torgorath, having received less mental training than Liako and Senshali, were driven to madness by the fear shards. They began attacking their own people, swallowing the smaller fear shards, running off into the depths of the plane. The Senshali began to distrust the Liako, believing that the Torgorath and the Senshali were being sent to their doom. So, the Senshali set out into the plane alone. Adding to the tension, Telaris have been hired by more unscrupulous Ahkevans to enter the plane and steal shards for their employers. Very few individuals in these groups trust the influx of Norrathian adventurers who have also entered the plane.

Aten Ha'Ra has been shaken by the events inside the plane, and she has become wary of everything, even Luclin. The priestess knows that Luclin's orbit has been shifting, and she is concerned that Luclin is being driven mad by the fear shards. In an attempt to clarify what is happening, Aten Ha'Ra has set out to have an audience with Luclin. Bringing along her Liako warriors, the priestess wanders the halls of shadow, slaying any threats she finds, be they Norrathians or her own traitorous people. She will not rest until she finds Luclin and resolves the crisis. 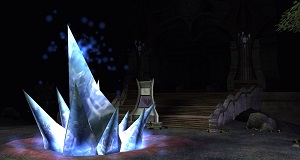 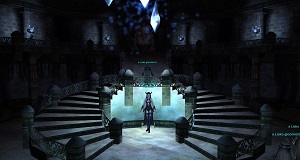 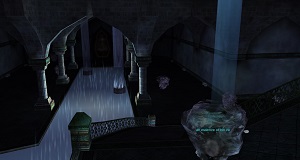 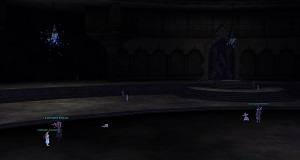 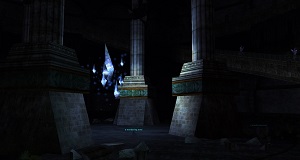 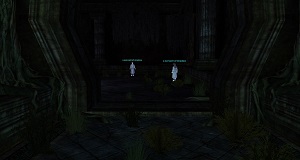 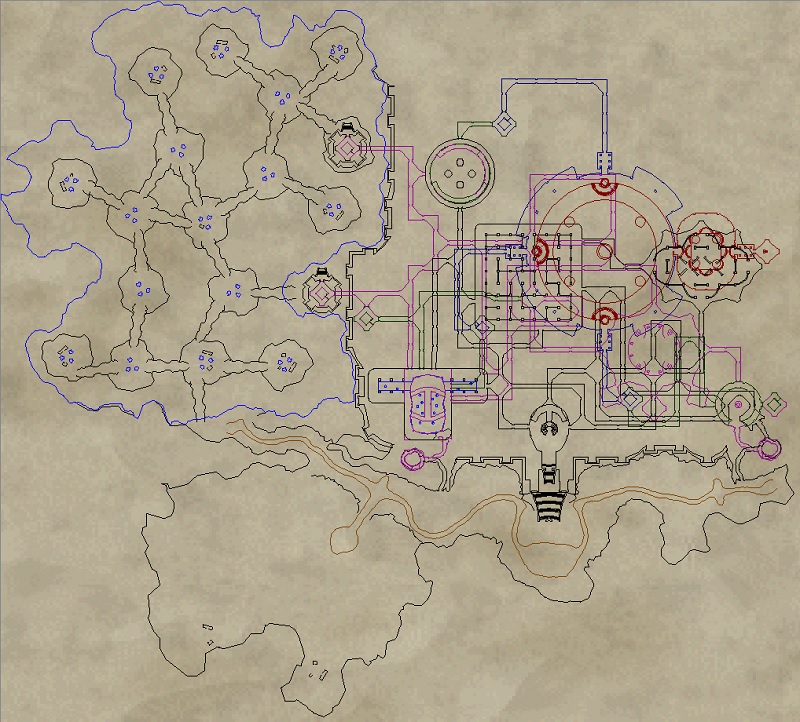