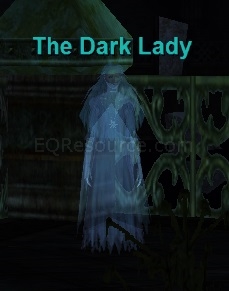 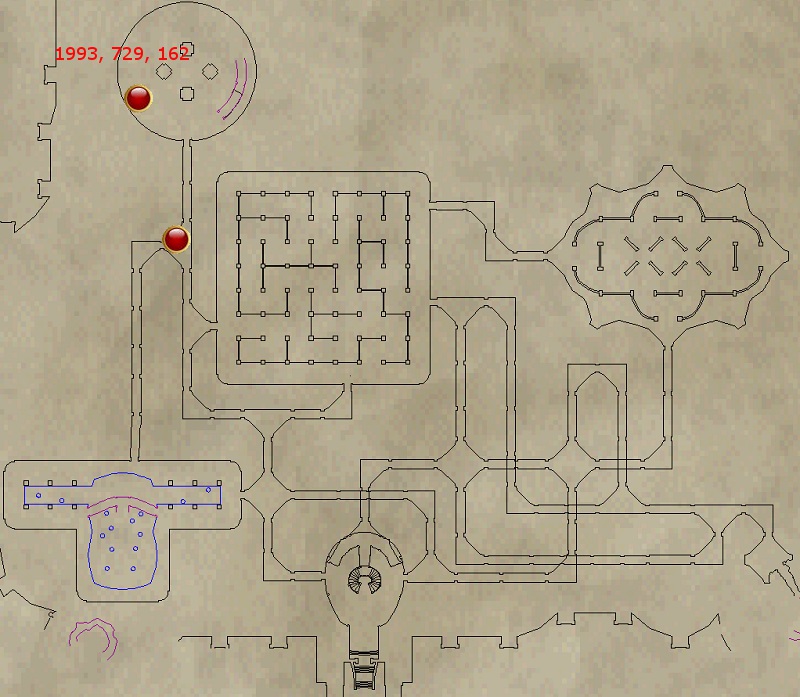 I thought it worth mentioning that I got a named spawn out of another mournful specter ph on the bottom floor, near the ph marked on Good's maps in the circular room but definitely not the ph that is on the wall; this one was more toward the center.

I've been boxing this for a little while now to try to get the Primary with Tash clicky for my Necro.
Here are a couple of things I have noticed:
Named does seem a bit rarer than some, certainly a lot rarer than the named bat and golem I was recently camping in Neriak 4th Gate.
One PH is the static specter in the hallway outside the round room at the bottom of the ramp. This looks like the one marked on the map.
The other PH I found was inside the round room at the bottom level. It didn't look to be the one marked on the map.
If you stand at the foot of the stairs there is a door just in front of you that leads to the hall and the other spawn. Just past the door ( still in the room ) is another specter against the wall. A little further on ( clockwise ) there is another specter against the wall. This second one looks like the one marked on the map to me. If you stand at this second specter and face into the centre of the room , there is another static specter spawn right in front of you. That is the second PH.
Am I right in thinking that these mobs have 3 PHers generally ?
I have been killing the 2 specters in the round room near the wall ( the ones I mention above ) and also the one on your left as you stand at the bottom of the stairs near the wall. I'm thinking that none of these 3 are PHers since I've killed them quite a lot now and no spawn from them, similarly I don't think the roamer specter in the corridor is a PH.
So my guess is that the 3rd PH is one of the specters upstairs or on the stairs.

The emote above is correct - I set up an audio trigger and was able to avoid fear by turning away.
If you are worried about missing the fear emote, you can set up camp in the long corridor bit where the storm guys roam. The one roaming spectre doesnt go down this section and the storm guys/ essence of xin va and gloomlords are not KOS so you can get feared all the way to the door outside ( I did, a few times ) without being pushed into KOS mobs.
The fear is not target specific - all my chars got the emote at the same time ( except the NEC who has fear immune AA )
You get a message saying something like: "The Dark Lady turns her gaze away from you" so you know when you can turn back around.

I think I'm on about 6 kills now but no sign of the Primay with the Tash Click. Just mantles...

From the bottom level, go up the stairs, turn left at the top of the stairs to go to the foot of the next stairs up. The static specter there is the 3rd PH. Kill the roamer specter on the stairs and you're good to go...

PH is 'a mournful specter' in the two locations marked. I cannot find any mobs in zone named 'a mournful spirit', but successfully spawned the named from a specter.

Also, the emote/fear is zonewide. So everyone in the zone will get feared if they don't look away...