Grelleth's Palace, the Chateau of Filth

Quest Chain: Rise of the Swinetor - Dirty Tactics - Double Trouble - Halt of Decay - Raw Aggression - The Art of War - The Machinations of Kotul - The Queen's Decree

Sorry for caps, but seriously.  Do not go in expecting a cake walk by any means.  That being said, here's some extra info to hopefully make it slightly easier.

First, some KEY information that hopefully will help:

1. Anything that you spawn will NOT respawn even if the mission "resets" (it doesn't really reset, but she and her adds do regen to full).  That means that you can go in and burn to an add wave, kill off whatever you can, and wipe/reset it.  If you drop her below 50 she wont re-root, but as I said, any children or adds you spawn and/or kill don't come back.  Once you spawn Turo, he wont despawn until killed unless you drop the mission and reget it.  Once he spawns his adds, they won't despawn.  Once you kill his adds, they won't respawn.  Once you kill him, he won't respawn.  So on and so forth.  Once you get her to 50% and she starts spawning her own adds, you >CAN< go full burn on her and spawn as many adds as possible, then wipe and rebuff and burn down as many adds as possible, then do it again.  It involves lots of dying, but if you can't beat it any other way that's an option.

2. Too much dps can be a BAD thing here.  You can multi spawn adds and it gets messy, fast.  This entire mission is about control and stamina, burns should be used one of two ways; either burning down the small adds (Assassins, elite soldiers, priests, ect) or if you're zerging saved for that.

3. The friendly NPCs are controllable, to an extent.  Once the fight is started, you can hail them and they'll give you a phrase to get them to back off, and one to get them to start attacking again.  If they die they don't respawn, but they don't need to live for you to win.  Their DPS can help, but it can also seriously hurt. If you wipe without deactivating them, they will get killed just like any other NPC that fights other NPCs.

4. Most of the non-child adds are CCable.  Assassins and priests are root and stunable, I don't know about mez.

5. The priest adds below 50% will heal grelleth and do NOT auto agro like the rest. You need someone watching for them ready to tag or her health will start going up.

For the twin children adds (lelri and lelro I think are the spellings), if you stand on the opposite side of the fountain from the queen and face her, ahead of you and to the far left and far right are two mounds of dirt/grime stuff. If you tank one twin at each mound, you're far enough apart that they don't do their massive strike, but close enough that they don't AE ramp.  There is no consequence for not balancing them other than the lower one heals back to the higher one's health (I guess that's a consequence, but it's not like in other events where if you don't balance them, they power up or gain abilities) and they can be roughly 10-15% apart before that happens.  When one dies the other powers up and starts AE Ramping and hitting much harder, so try to get them dead as close together as possible.

Zuriel is by FAR the most dangerous child.  She hits like a mack-truck from 100% and at 20 she goes on more steroids than Armstrong did in his whole career.

Her emote is almost always a one shot kill if failed ('Focuses her attention on characterName' is the gist of the emote, 5-8ish seconds later she will do some obscenely large amount of damage to the tank).  If you have an SK tank you can FD and have a tanky-DPS (I wouldn't recommend trying this with anything other than a second tank or a ranger or a monk) hold her until you get the all clear emote and then taunt her back, otherwise you need two taunt classes.  The taunt emote goes off the player with the highest agro, NOT the person on HoTT.  I only know of one situation this applies to, the tank ability 'Undivided Attention' (or whatever the new one is called).  That ability will make her attack the caster even if they aren't the highest on agro, but it does NOT put you as #1 on the agro list.  If whomever got the emote still has 100 hate on your agro meter, they will still get the emote and die.  Tanks using fade here is super helpful, I believe it can be used every-other emote if needed.  If your taunter is on the ball they can fit two taunt attempts in with time left to fade before the tank gets DT'd. 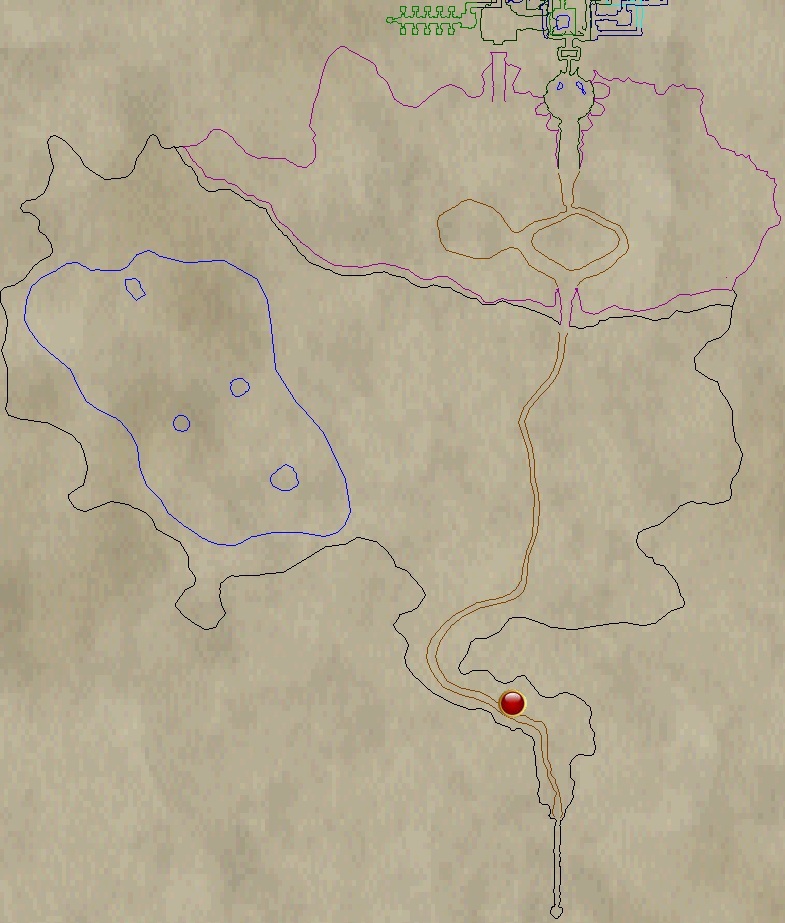